After the rematch, Real Madrid's ten-game winning streak completely made Setien dumbfounded. He knew exactly how much the referee factor affected him. Real Madrid only has victory in the eyes, but Barcelona has overturned one after another. Real Madrid won not only the trophy, but also the pattern.

On the day Real Madrid won the championship, Spain held a national memorial ceremony at the Royal Palace in Madrid. Real Madrid just used this trophy to dedicate the trophy to all the deceased of the new crown pneumonia, and encourage those fans who are fighting the virus to unite, and all difficulties will be overcome.

Real Madrid have won the La Liga 34 times in history, but this time it has the most special significance. 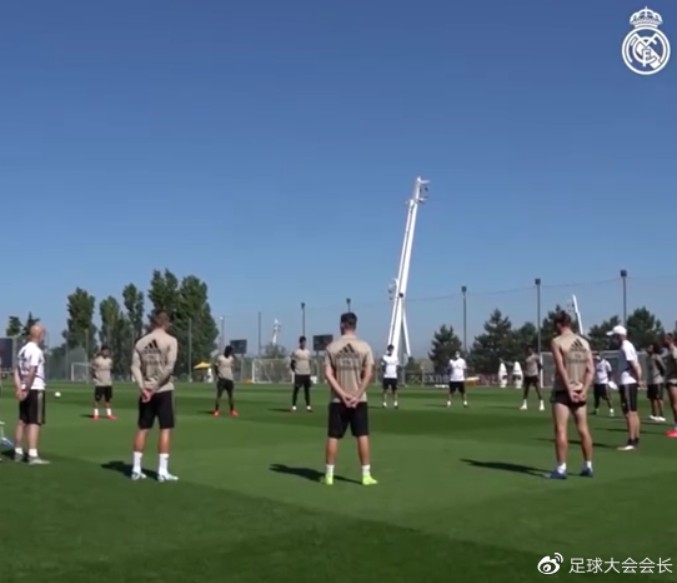 With the epidemic sweeping the world, Spain will inevitably be greatly affected. From a football perspective, La Liga was forced to be suspended and all players can only train at home. During this period, Real Madrid cooperated with the National Sports Commission to use the Bernabéu Stadium as a temporary warehouse for storage and distribution of medical supplies.

The Bernabéu Stadium in the past was very lively, but now it is full of materials and medicines, but it is still warm without football. Even if Real Madrid won the championship, it also announced that it would not hold a parade celebration. 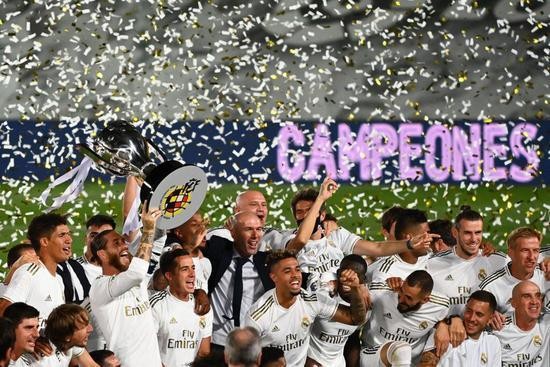 After the suspension for nearly three months, the physical condition of the players will inevitably be affected, but Real Madrid not only did not show fatigue and decline, but different from the downturn before the suspension, the whole team really twisted into a rope and completely obeyed Zidane's rotation policy eventually created a wave of ten consecutive victories.

Under the influence of the epidemic, this La Liga champion is invaluable, proving that the cohesion of the team is far greater than the so-called skills and tactics.

Zidane shed tears emotionally after the game. He knew best how difficult the whole process was, but he and the team did it.

Since Real Madrid players can withstand the pressure to win the championship in a special period, people from all walks of life in Spain will be inspired and strengthened. This is the biggest significance of the trophy.

32-year-old Benzema led the striker to attack the city again and again, and the 34-year-old Modric ran tirelessly. The 34-year-old Ramos was on the back line of defense. The trend... These brothers who are still riding the wind and waves on the court have never accepted the old and are not afraid of the competition of the new generation of players. They can dedicate everything for the team. They are the cornerstone of Real Madrid's championship. 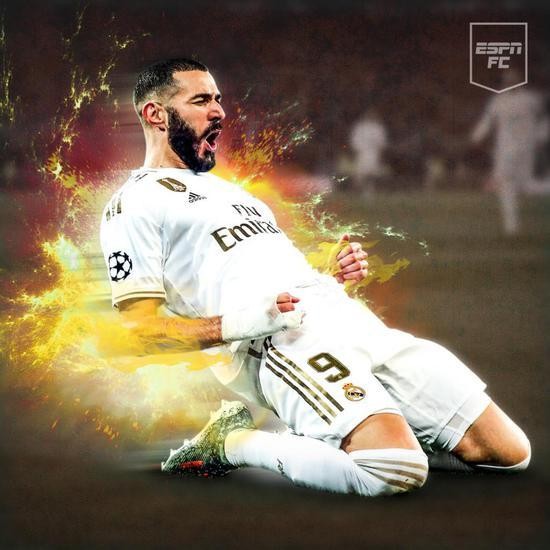 What impressed me the most was not the 26 goals scored by Benzema, but every time he actively returned to the half court to participate in the defense under the pressure of the opponent's high position, as a contact point to organize the attack. Benzema smiled like a child after every goal. He might never return to the French team, but Real Madrid will always be his home.

As a well-deserved main center, Benzema also set an example for other young players. Comprehensive technical characteristics, low-key and selfless character, and an attitude of not fighting or grabbing, this is the reason why he can stand for 10 years in Real Madrid. Benzema is not the top center, but no one is more suitable for Real Madrid than him. 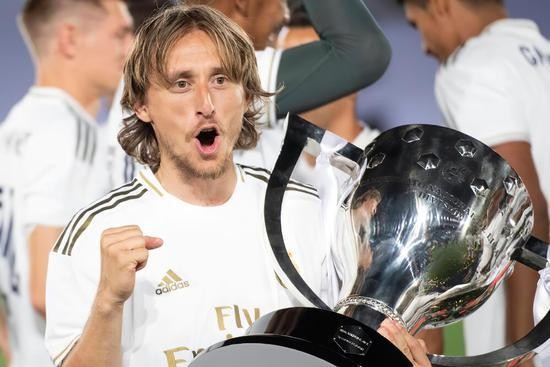 Under the brilliant performance of young player Valverde, Modric's mentality was not affected in any way. Although he was troubled by a deep injury at the beginning of the season, he has now returned to his best state, with all kinds of chic breaks and scores. When attacking, he can quickly penetrate into the hinterland to create a threat. When defending, he can press forward and retreat to the line of defense. The three people in the midfield of the ceremony have a clear division of labor. Tony Cross is responsible for organization and scheduling. Casemiro focuses on steals and interceptions, but the real core player is undoubtedly Modric, who is the metronome that controls the entire midfield. Every time I watch Modric play football, I will sigh: "Why is he 34 years old?" 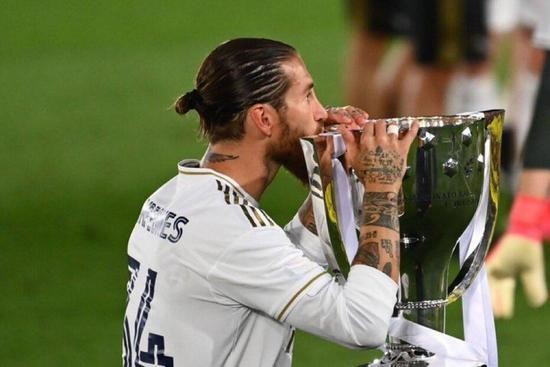 Also 34 years old is Ramos, who is a central defender on one side and a center forward on the other. As a central defender, Ramos, although his physical condition has fallen sharply and his explosive power is not as good as before, when he defends one-on-one, there are only a handful of players in the world who can pass him. As a center, Ramos will always be the first player to rush to the front to fight for the header. In today's game against Villarreal, it was Ramos who quickly grabbed and dribbled the ball into the penalty area to create the key penalty.

In recent years, Real Madrid has focused on building a younger lineup and is in a critical phase of the transition between old and new. Future stars like Vinicius, Rodrigo and Rainier are all born after 00. But at present, it is these elder brothers who can really lead Real Madrid to ride the waves on the court. Their training intensity is no worse than that of young players, and the running distance on the field is no less than that of young players. Their attitude is very precious.

As the best scorer in team history, Ronaldo's departure not only means the absence of 50+ goals, but the entire offensive system must be overthrown and rebuilt. Especially during the Champions League three consecutive championships, whether Real Madrid is 433 or 442 formation, Ronaldo is undoubtedly the core of the attack.

The most obvious example is that with Ronaldo as a powerful scoring machine, Benzema is more focused on playing and containing the defense, to pull more space for Ronaldo. This also caused Benzema to "forget" how to shoot after Ronaldo moved to Juventus. 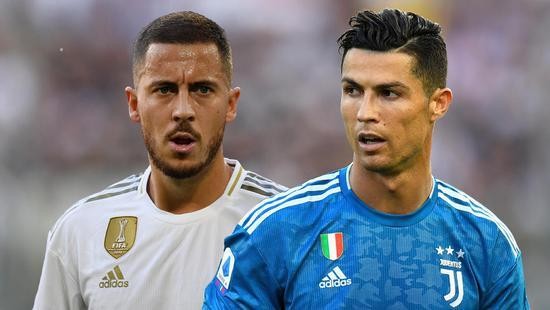 In the post-C Ronaldo era, Real Madrid was full of confidence and did not respond to the introduction of strong reinforcements to supplement the striker. As a result, the three coaches were changed in a season, but the four were still empty. Later, Hazard and Luka Jovic came, and still did not solve the problem of scoring difficulties. We realized that Ronaldo is unique and there is no player in the world that can replace him.

If Ronaldo was in Real Madrid, the whole team revolved around him to cooperate, then the current Real Madrid is closer to a kind of balance under Zidane-there is no absolute core, everyone is the core. This balance should also be divided into two to see, to some extent, it will affect the upper limit of Real Madrid in tough battles, especially in the Cup, and lack the inspiration of superstars. But this balance has brought Real Madrid the key to the stability of the league. Even if Real Madrid's lineup is far less powerful than that of 16-17, it still won the La Liga championship.

It was this hard-won trophy that allowed Real Madrid to take the first step and a crucial step in the post-C Ronaldo era. We may say that Real Madrid is gradually getting rid of the "shadow" of Ronaldo leaving the team. The breakthrough and impact of the 19-year-old Vinicius on the left can also make us feel really fragrant.

Ronaldo represents a glorious era, a great era, but it has passed. The 34th La Liga trophy is a watershed, Real Madrid really began to rebuild the road to build the main lineup for the next decade. This season, the picture of Vinicius and Rodrigo rushing on the two wings makes us feel that it is good to be young. Valverde's interception and fighting in the midfield, and his long legs chasing and destroying the offense again and again left a deep impression. Erdgau, who was on loan, became the core of Real Sociedad, and Reggieron, who came out of Castilla, also proved his strength in Seville... They are Real Madrid’s future, and Real Madrid won the 35th, 36th, 37 main candidates waiting for the La Liga trophy.

Last season, when Real Madrid's "condition" was most critical, Zidane's return was like a good medicine. Although there was no immediate effect, at least the locker room was stabilized. As a leader, Zidane’s most valuable quality is to talk less and do more. He never talks about anything. He uses practical actions to convince the Real Madrid players. Almost all players are willing to run for Zidane on the court. This can be implemented. The basis of skills and tactics lies. 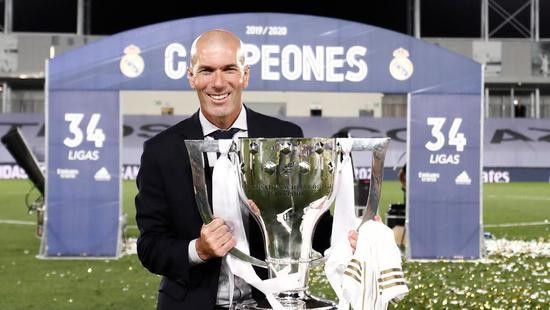 Zidane's philosophy is actually very simple, that is, to pursue a balance between offense and defense in the midfield. But as Cruyff said, playing football is easy, but the hard part is playing simple football. How to simplify the complex, Zidane did it. His best part is that he can adjust his tactics in time according to his opponent and the situation of the game. This kind of on-the-spot ability intuitively reflects his progress over the years.

In short, Zidane may not be the best coach in the world today, but there is no coach who is more suitable for Real Madrid than him. This kind of teacher-friend relationship between him and his players is also the most comfortable way to get along with the giants. 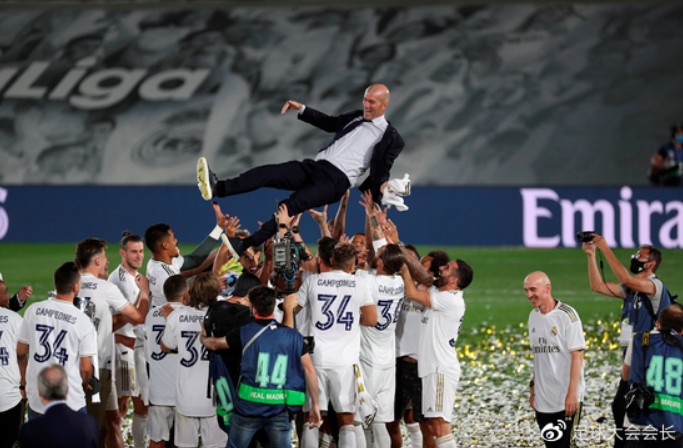 There is no doubt that Zidane will lead Real Madrid to win more trophies in the future.